There will be no over-the-phone authorization given to administer medication.

All medications brought in by the parents must be labeled clearly with the child’s first and last names.  No medications will be given to a child if the container does not have that child’s name on it.

No medication will be given after the expiration date on the container has passed.

No medications will be given “as needed.”  There needs to be a specific date and time on the form.

All medications will be locked in a safety box.

WE WILL NOT MEDICATE YOUR CHILD THROUGHOUT THE DAY TO PREVENT A FEVER FROM REOCCURRING.

If your child has any of the symptoms below they will be excluded from the center until a physician has certified that the symptoms are not associated with an infectious agent or they are no longer a threat to the health of other children at the center or the symptoms have subsided.

If the illness results in greater care needed than the staff can provide you will be called to pick up your child in a reasonable amount of time.

If the child is not able to participate in inactivities you will be called to pick up your child in a reasonable amount of time.

For the mildly ill child, the exclusion would be based on the discretion of the directors of the center.

Children will not be permitted into the center with any of the following conditions:

ANESTHESIA – If your child is to receive anesthesia they will not be allowed in the center until 24 hours after the anesthesia is given.

FEVER – of 100 taken auxiliary or higher accompanied by behavior changes, or other signs or symptoms of illness.  The child must be fever-free for 24 hours without medication before returning to the center.  We will not administer medication to prevent a fever from returning.  If your child has a fever, you will be called to pick up your child in a reasonable amount of time.

UNCONTROLLED DIARRHEA – 3 or more episodes within a day, the parent will be called for pick up.  Must be diarrhea-free for 24 hours before being allowed back at the center.

VOMITING – 1 episode per day, the parent will be called for pick up.  Must be vomit-free for 24 hours before being allowed back at the center.

RASH WITH FEVER OR BEHAVIOR CHANGE

PINK EYE – White or yellow discharge that causes matting of the eyelids, pain, and redness of eyelids.

CHICKENPOX – The child will not be able to return to the center until all the blisters have dried into scabs; usually about 6 days after rash onset.

HAND, FOOT, AND MOUTH DISEASE – The child will not be able to return to the center until the fever is gone and sores have scabbed over.

HEPATITIS A OR B

IMPETIGO – Until the child has been treated with antibiotics for at least a full 24 hours.

INFLUENZA – Until the child is without a fever for 24 hours and is well enough to participate in normal daily activities.

MEASLES – Until 5 days after the rash appears.

MONONUCLEOSIS – Until the child is well enough to return to normal activities.

MUMPS – Until 9 days after swelling begins.

RINGWORM – Until 24 hours after treatment has been started.

ROSEOLA – Until the child is without fever for 24 hours.

ROTAVIRUS – Until diarrhea has stopped.

RUBELLA – (German Measles) – Until 7 days after the rash appears.

SCABIES – Until 24 hours after treatment has been started.

SCARLET FEVER – Until at least a full 24 hours after treatment begins and the child is without fever for 24 hours.

SHINGLES – Until sores have crusted over.

TUBERCULOSIS – Until a physician states the child is not contagious.

THRUSH – Until at least 24 hours after receiving an antibiotic.

If you have any questions about the above illnesses, please do not hesitate to speak with either the director or assistant director concerning any of these conditions. 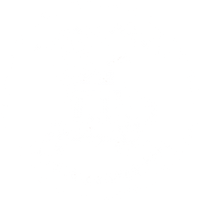